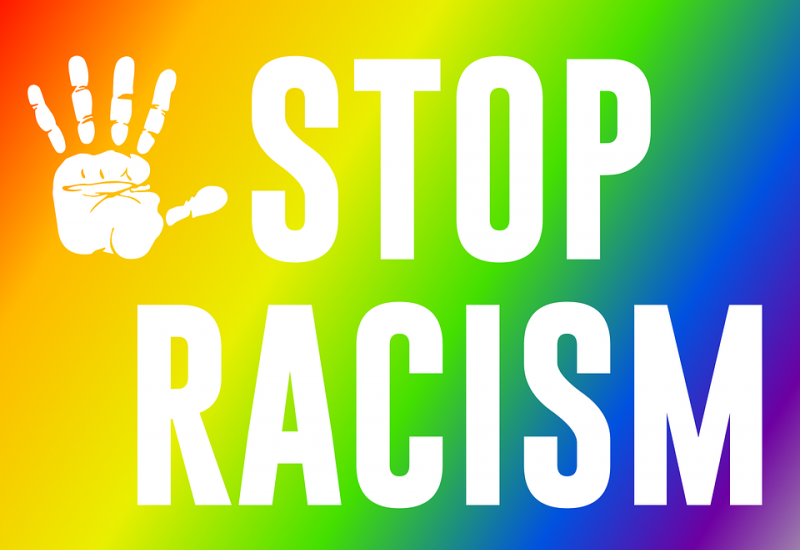 It’s not true, but suppose there was a race that was on average more intelligent than yours or less intelligent than yours. That “fact” would be irrelevant. You would still have to judge the character of each individual – one by one – is he rational or not; is he competent or not; is he honest or not; is he moral or not. This is exactly the questions that a racist does not ask.
Racism is the lowest form of collectivism. The racist doesn’t care about facts, reason, morality or rights. This pathetic little creature has tied his self-worth to a collective – a collective based only on the colour of an individual’s skin.

“Ontario's Human Rights Code is a provincial law that gives everybody equal rights and opportunities without discrimination in specific social areas such as jobs, housing, services, facilities, and contracts or agreements.”
“The Code's goal is to prevent discrimination because of race, sex, disability, and age, to name a few of the 17 grounds. All other Ontario laws must agree with the Code.”
The Ontario “Human Rights Code”should be abolished – BECAUSE IT VIOLATES HUMAN RIGHTS! You have the right to be an idiot, to discriminate on any or all of the above listed grounds, to ignore facts, to be irrational, to be immoral – reality will see that you suffer the consequences.

The way to fight racism or any form of irrational discrimination is to ostracize the perpetrator. First, make sure you have the proof. You can’t go before a judge and tell him that you know your neighbour is stealing carrots out of your garden. You must have proof – an eye witness or better yet on camera. Once you have the proof, let’s go get him. If he’s an employee, get him fired. If he’s a business owner, get his employees to quit and go on the web – drive him into bankruptcy. Let’s get rid of racism and irrational discrimination once and for all – that would be “What’s right."

In the free market those companies that have good systems thrive, those that have bad systems fail. But in those institutions that operate outside the free market, there’s a problem – there’s a problem in institutions such as Ontario’s public education system and our police forces. The former has institutionalized incompetence and the latter has institutionalized racism. Ask any good teacher if she or he can name just one teacher that should be fired and the answer will most likely be, “I can name two or three.” I think if you ask the same question of any good policeman, you’ll get the same answer.

In the free market, you can be fired for any reason – justified or not. If the reason is justified such as theft, you should get nothing. But perhaps the justification is open to interpretation. If you’ve worked for a company for a number of years and then are fired for incompetence, one could justifiably ask, “If I’m so incompetent, how come I’ve been here so long?” In such a case, compensation should be awarded. But no matter what the reason, justified or not, you’re still fired.