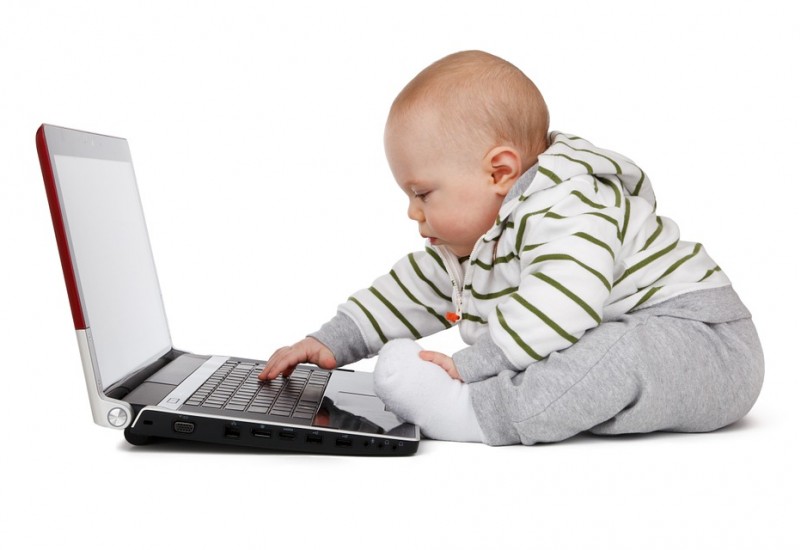 There are ten widgets in a bag, six bags in a box, twelve boxes in a
case and we have two cases. How many widgets do we have? This is
simple math and a necessary skill for any stock boy. This particular
stock boy, using a calculator, keyed in ten, plus ten, plus ten, plus ten,
plus ten, plus ten. Incredibly, this man had no understanding of
multiplication. And here’s the kicker – he was a high-school graduate.

What if you were a diabolical destroyer? What if you wanted to put
an end to civilization, to drive us back into a dark ages? How would
you do it? What would you do in order to accomplish your goal? You
would have to identify the pillar that civilization is built upon – and
then cut the pillar. What is that pillar? What is it that allowed us to
discover electricity, to build cars and airplanes, to live in air
conditioned comfort, to carry in our pocket a computer that
connects us to all the knowledge of the world? What is it that makes
it possible for us to discover the nature of reality and what it can be
made to do? The answer is reason. Reason is the pillar that supports
a civilized world and a destroyer would have to cut that pillar. How
would he do it?

Suppose you have an appointment in a strange city and you’re lost.
You would likely ask a policeman for directions – a policeman because
he would have knowledge of the city, he is a person in authority, he is
someone you can trust. Now suppose you’re a child in elementary
school. You have a teacher – someone with knowledge of the subject,
someone in authority, someone you can trust. And what does this
teacher teach? He teaches a convoluted abomination; he teaches new
math. I, for one, find it incomprehensible that the architects of this
new math did not see its consequences. In the case of the policeman,
if he gave you a convoluted set of directions, you would conclude that
it is he, the policeman that is a stranger to the city. In the case of the
child, he will not blame the teacher or the new math. Most will find
the new math too difficult to understand and conclude that math, the
subject that teaches logic and reason, is beyond their grasp. Some will
understand it and wonder why the discipline that teaches logic and
reason can be so stupid. Our destroyer has achieved a huge victory –
he has undermined every child’s confidence in logic and reason. But
he’s not finished yet. Our destroyer will try to undercut reason in every
subject, but he knows these little buggers will try to make sense of
things. He has to find a way to shut the door to logic and reason –
and he does.

In the widget story above, I tried to teach this man simple math. He
made no effort to learn. His only concern was his embarrassment at
not knowing a discipline he knew he should have known. His feelings
were his only concern. A little embarrassment was all it took to shut
down any effort to learn, to shut down his mind. Our destroyer under-
stands the meaning of this. He knows that if a child has little or no
confidence in reason, there’s only one thing left to guide his actions –
his feelings. He advocates for the superiority of emotions over reason.
He’ll see that our professors and teachers focus on feelings, that our
precious little snowflake’s feelings are not to be hurt, that there are no
winners and losers, that everyone gets a ribbon just for attendance.
And whatever thinking is to be done, it’s done only to justify his
feelings. Our destroyer has taught generations that reason is not a
guide to action, but feelings are.

Our destroyer has executed his plan to put an end to civilization.
He’s done it by using mathematics to undermine the pillar that
supports civilization, and he’s shut the door back to that pillar by
elevating emotion above logic and reason.

Here’s another thought. China’s march towards a civilized society
started with the establishment of free trade zones. The move
towards free markets throughout South Asia has lifted a billion
people out of poverty. No honest man can deny the superiority of
a free market over a state controlled economy.

It costs the Ontario Ministry of Education approximately twelve
thousand dollars per year per child to provide what can only be
described as a horrific education. Take the twelve thousand dollars
and give it to the parents of each child in an education savings
account. The parents could now spend this on any educational
purpose for their child – private schools, home schooling, courses
on the internet, daycare/elementary schools. Great teachers and
entrepreneurs looking to make a profit would revolutionize
education.

I’m not asking for the government to privatize the whole
educational bureaucracy – just give us a little free market education
zone. If they don’t want to do this – then sue the bastards; start a
class action lawsuit. If nothing else, a class action lawsuit would bring
the sorry state of our public schools to the attention of the voters.

Charlotte McNeil Interesting. Couldn’t one argue, though, that reason is inherently governed by feeling? We are a people of purpose; if it weren’t for the consciousness we experience that is wholly permeated by emotion, rationality would not have its place in being useful. No?
If a universal education system was intolerant or indifferent to the emotional challenges brought on by the development of a child’s mind and body, what would that mean for these children in their personal search for meaning and in their discovery of individuality?

RS: Reason is not governed by feelings.  Emotions and feelings are an automatic response to values – what one regards as for or against ones values.  And our values should be defined by a process of reason - what values one should pursue, what values are actually in our self-interest, is the province of morality..
A child’s education should not be intolerant or indifferent to feelings or emotions.  To the contrary – his teachers should help him IDENTIFY his feelings.  If a child loves to play baseball and Saturday’s game gets cancelled due to weather, the teacher should explain that what he feels is disappointment and that it’s okay to feel it.

Charlotte McNeil Okay. Thanks for the clarification on that.
I am wondering if you might elaborate on what constitutes the “new math,” and what about the teachers of it puts them in a metaphorical genre of “diabolical destroyers?”
Could it be, perhaps, that because maths are arguably the foundation of logic, and logic is arguably the foundation of values, and values are arguably the foundation of our choices & actions... then maths are just pretty dang tricky?
I think it’s fair for children and adolescents (and anyone, really) to struggle with this subject. To argue that teachers are destroyers of values for merely consoling people who face this struggle is a radical statement, if I am correct in my understanding of your argument.

RS: ‘Could it be, perhaps, that because maths are arguably the foundation of logic, and logic is arguably the foundation of values, and values are arguably the foundation of our choices & actions” – well said.
But neither math nor values should be “tricky.”  A teacher should teach what it is that creates and maintains values – the answer is virtues.  What virtues make the creation of values such as food, water and shelter possible?  They should teach that rationality is a virtue, that discovering the nature of reality and what it can be made to do, productiveness is a virtue, teach that you can’t fake reality, honesty is a virtue.  At an appropriate age children should be taught more abstract values – friendship, family, art, romantic love.  A teacher’s job is to guide his students in the development of his character, to teach him that being virtuous is in his own self-interest.

Nicholas Miller Wow this is a great thread, and a fresh post! One example of "bad math" or the dissociation of reason is the notion that there's no difference between the genders:

"To recap briefly: the Buffones’ daughter N, six years old, and by their account a happy girl (comfortable in her skin, adored school), was abruptly plunged into considerable distress when informed by her teacher (young, three years experience) during a session on gender identity that gender is fluid and untethered to biology, and that “girls are not real” and “boys are not real.”